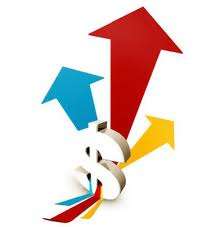 As the work force continues to evolve and globalize, more companies are evaluating a telecommuting and working remotely strategy to save overhead costs, increase retention, improve productivity and lower carbon footprint.

According to a recent 2009 Cisco Telework Survey, they found approximately 69 percent of the employees surveyed cited higher productivity when working remote, and 75 percent of those surveyed said the timeliness of their work improved. Cisco reported it has generated an estimated annual savings of $277 million in productivity by allowing employees to telework.

Teleworking can also be a great “green” initiative to promote in a company. It can not only reduce time spent on the road but lowers carbon footprint and reduces gas consumption. Vehicles on the road now account for at least 25 percent of the CO2 emissions nationwide, according to the Federal Highway Administration. According to the Telework Coalition, , based in Washington D.C., if 32 million working Americans could telecommute at least one day per week, they would save 74,164,700 gallons of gas.