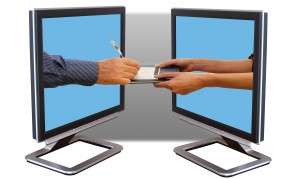 Often many hesitations in organizations going paperless is getting rid of or converting records that have hand-written signatures. This issue is related to two legal issues 1) the legal standing of hand-signed records that are in electronic format and 2) if e-signatures are legally defensible

E-signatures have been upheld in numerous court cases and, considered legal defensible documentation according to the U.S. Supreme Court. Based on the Rules on Electronic Evidence from the Supreme Court essentially electronically signed or scanned in hand-signed documents are:

There is also the E-SIGN Act, passed by Congress in June, 2000, which is federal law ensuring the legality of documents executed with e-signatures in the United States. The E-SIGN Act states that contracts with electronic signatures may not be denied legal effect or ruled unenforceable because they were created digitally.

With most organizations the decision on using e-signatures or keeping hand-written signed documents lies with legal counsel. It is important to get their approval on e-signatures and scanned copies before destroying original documents and records.