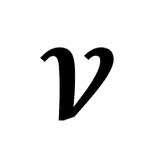 It is important to track various versions of documents when there have been significant and substantial changes in the context, format, or edit of a document. Usually version numbers are used to denote various versions of documents. A small “v” should be used with a sequential number following. Example: Document Naming Guidelines_v1. When creating multiple versions, make sure to use the same document name and title for all versions. A significant date can be added to the document name before the version number and/or if relevant to the new version.

It can also be helpful if there are multiple reviewers to add the initials or team name after the version number of the person who conducted those revisions. For a person’s name, use the first name initial and last name. 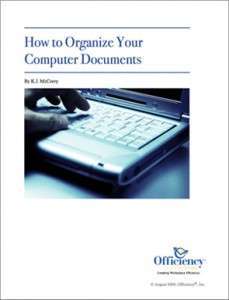 capital letters is recommended to be used at the end of the document name. This is helpful to quickly identify the final version of all the prior versions. If there is another version after the “final” has been released, then the previous final should be renamed to the next version number and the new final version should be renamed “FINAL.”

To learn more how to organize computer documents, download the free report How to Organize Your Computer Documents.